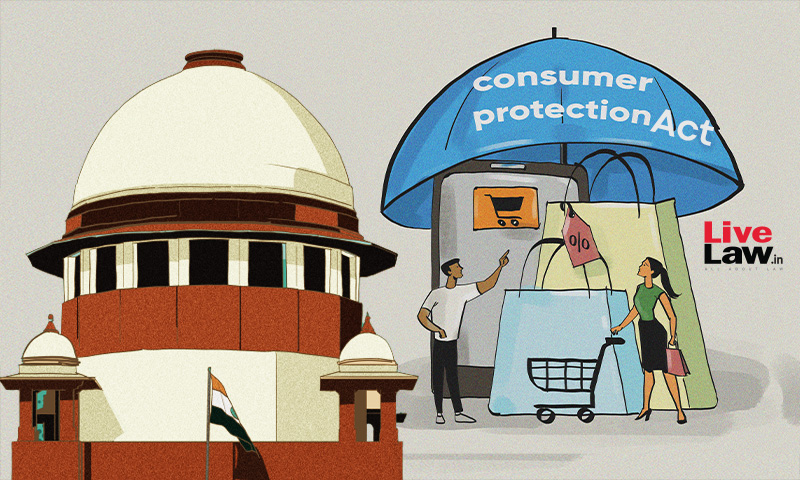 The Supreme Court on Friday clarified that the process of filing up vacancies in the State Consumer Commissions as per directions issued by it on 11th August 2021 must not be impeded by the judgement passed by the Nagpur Bench of the Bombay High Court on 14/09.2021 quashing certain Consumer Protection Rules.

The issue had come up while the Supreme Court was considering the suo motu case taken by it to deal with the vacancies in Consumer Commissions across the country. Senior Advocate Gopal Sankaranarayanan, amicus curiae in the case, had apprised the Bench of the Bombay High Court's decision of striking down Rule 3(2)(b), Rule 4(2)(c) and Rule 6(9) of the Rules, 2020 submitted that a clarification was required for other states where the Rules have not been assailed to proceed with the same.

The Bombay High Court(Nagpur Bench) division bench of Justices Sunil Shukre and Anil Kilor on September 14, 2021 struck down certain provisions of the new Consumer Protection Rules 2020, which prescribe a minimum professional experience of 20 years and 15 years for adjudicating members to the State consumer commissions and District forums, respectively.

Amicus Curiae had submitted that some clarification would be required for other States to proceed where the Rules have not been assailed so that the process is not delayed in the other States.

Today, the Bench clarified that the judgement of the Bombay High court would not impede the appointment already made and processes imitated in other states.

The Bench passed an order stating:

" We had issued a direction on 11/08/2021 to ensure that the vacancies are filled in on the Chairman and members of the Consumer forums…..Thereafter Learned Amicus pointed out that certain Rules had been struck down by the Nagpur Bench of the Bombay High Court and that the same may have impact on the process already started in other states.

The question is whether the process that has been initiated in different states in pursuance to our comprehensive orders passed in 11/08.2021 should be kept in abeyance in view of this judgement.

On consideration of the importance of filling up the vacancies, we are of the view that the timeline and processes fixed by must continue as in some cases appointments have been made and in others, the appointment process is at an advanced stage. Thus, the process initiated in pursuance to that order should not be impeded by the subsequent judgement of the Nagpur Bench of the Bombay High Court whatever be may the ultimate result of further proceedings to be filed by the government in that behalf.

In so far Maharashtra is concerned, we are informed no appointment has been made and in view of the judgement the process would depend on the result of the SLP to be filed by the State and the Central Government and whether in those proceedings any interim orders are passed.

The Bench has clarified that the State and the Union Government are at liberty to file an SLP challenging the said judgement of the Bombay High Court.

The Bench had earlier clarified that the Bombay High Court will be at liberty to give its pronouncement of the validity of the Consumer Protection Rules, regardless of the suo motu case before the Supreme Court.

Case Title: RE: Inaction of the Governments in appointing President and Members/Staff of Districts and State Consumer Disputes Redressal Commission and inadequate infrastructure across India| SMW (C) No(s). 2/2021