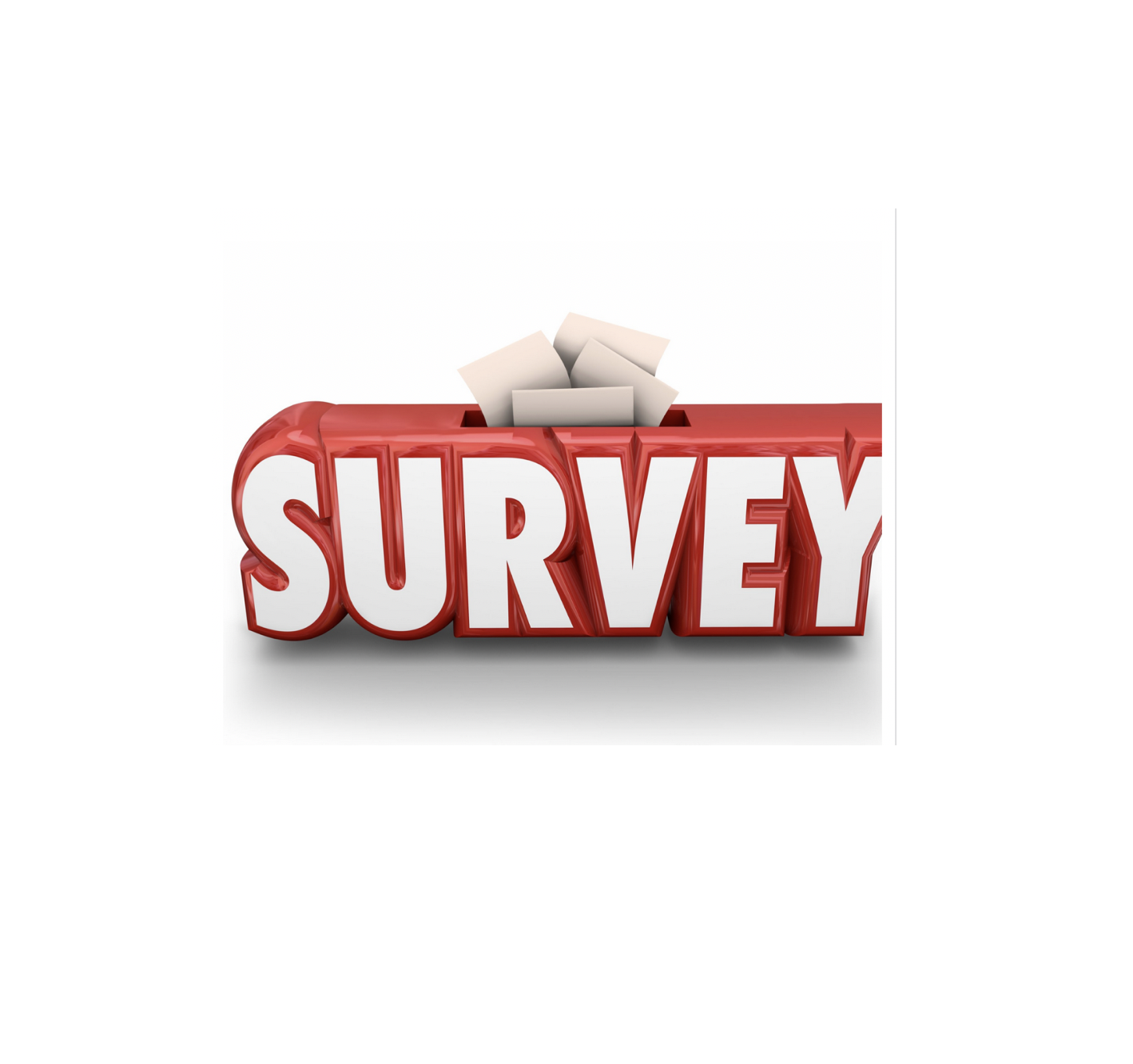 “The exploration of consumer uncertainty suggests that trademark litigation matters and surveys should perhaps ask a different question beyond simply what consumers believe.”

Disclosure: Steckel is a co-author, with Barton Beebe, Roy Germano and Christopher Sprigman, of the study mentioned in this article, “The Role of Consumer Uncertainty in Trademark Law: An Experimental and Theoretical Investigation.”

Decades of trademark litigation cases have relied on survey evidence that aims to assess what consumers in the marketplace subjectively believe to be true. These methods are intended to answer important trademark questions, including whether consumers believe a mark to be a common term or a brand name and whether consumers mistakenly believe a product bearing a defendant’s mark originates from the plaintiff. While survey and marketing experts often rely on versions of commonly used trademark surveys (e.g., Teflon, Thermos, Eveready and Squirt formats), these formats in their conventional design may, in some situations, mask critical information about consumers’ beliefs or attitudes that could change the research conclusions — the strength or certainty of those beliefs or attitudes.

Take, for example, the Teflon survey format often used in genericism cases. The format relies on a predetermined binary measurement: is the term a common name, or is the term a brand name? Although the questions may include “other” or “don’t know/unsure” answer options, respondents who select “common name” or “brand name” may have varying degrees of certainty in their belief, which the conventional Teflon format does not allow respondents to express. Without evaluating the strength with which respondents hold a particular belief, such as via a scale, the standard binary measurement can only answer the conventional question of whether a substantial majority of respondents indicated a belief that a term is a common name — even though those respondents may only hold that belief weakly.

Including measures of consumers’ belief strength or certainty can change the results of a survey and the conclusions drawn by the survey and marketing experts. Recent academic research by a New York University research team (Professors Barton Beebe, Christopher Sprigman, Joel Steckel, and Roy Germano) proposes modifications to the conventional trademark survey formats that would allow researchers to expand from simply testing whether consumers hold a particular belief to evaluating, in addition, the strength or certainty of their belief.

To illustrate the potential value of assessing consumer uncertainty in trademark litigation, we will discuss a survey and recent decision in the genericism matter Snyder’s Lance, Inc. and Princeton-Vanguard, LLC v. Frito-Lay North America, Inc. , and explore methods to assess consumer uncertainty using that example.

Case Example: A Teflon Survey and a Recent Decision

In forming its June 2021 decision, the court relied upon evidence such as “usage by competitors, media references and consumer surveys,” including a Teflon survey conducted by Dr. E. Deborah Jay on behalf of Princeton-Vanguard (“Jay Survey”). The Jay Survey utilized a standard Teflon format, in which survey respondents who understood in the screening questions “the difference between a brand name and a common name” were given a list of seven terms, including the at-issue “PRETZEL CRISPS” and six control terms, in random order. Three of the control terms were brand names (“CHEESE NIPS,” “FLAVOR TWISTS” and “SUN CHIPS”), and the remaining three control terms were common (generic) names (“ONION RINGS,” “GOURMET POPCORN” and “MACADAMIA NUT”). For each term, respondents in the Jay Survey were asked whether the term was a brand name or a common name. Using this question with its conventional binary answer options, the Jay Survey found that 55% of respondents believed “PRETZEL CRISPS” was a brand name, 36% believed it was a common name and 9% indicated they had not heard of the term or did not know.

While the court indicated that it did not question the survey methodology, it did “question [Dr. Jay’s] conclusion and confidence in the results.” In deeming the survey’s results “inconclusive,” the court noted, among other factors, the fact that 55% was only a “small majority” and that the figure had a wide margin of error of ±7 percentage points at the 95% confidence interval.

The recent replication and modification of the Jay Survey conducted by the aforementioned NYU research team suggest that incorporating measures that allow the researcher to account for consumer uncertainty would yield survey results that support the court’s June 2021 decision that “PRETZEL CRISPS” is a generic term.

Building on the Jay Survey in the “PRETZEL CRISPS” matter, the aforementioned NYU research team tested three methods to incorporate measures of consumer uncertainty into assessments of whether a term is perceived to be a brand name or a common name. We describe these options below and suggest that, in some instances, shedding light on consumers’ varying belief strengths can increase the robustness of genericism survey results.

The replication of the Jay Survey method, up through the binary measurement of brand or common name, found virtually identical results for the six control terms. However, it found substantially different results for “PRETZEL CRISPS” — in contrast with the Jay Survey finding that 55% of respondents believed that PRETZEL CRISPS was a brand name, the replication by the NYU research team found that 63% of respondents believed that it was a generic term. This instability in beliefs regarding the “PRETZEL CRISPS” term specifically could be a symptom of consumer uncertainty and nonattitudes. Three additional methods employed by the NYU research team to assess consumer uncertainty can help tell a more complete story of consumers’ beliefs.

Method 1: Adding a Follow-Up Question on Certainty After identifying “PRETZEL CRISPS” in the basic Teflon survey format with binary options, respondents who answered “brand name” or “generic name” (and not “don’t know”) could be asked a follow-up question about their certainty in their answer — “How likely do you think it is that your answer is correct?” — with answer options “Just guessing,” “Somewhat likely correct,” “Very likely correct” and “Definitely correct.” Using this method, applied to the Jay Survey replication, the NYU research team found that more than three-quarters of respondents indicated some degree of uncertainty regarding their answer to the main Teflon question.

Method 2: Modifying the Main Teflon Question from a Binary Choice to a Seven-Point Likert Scale In a modification to the traditional Teflon survey format, respondents were instead shown answer options on a seven-point Likert scale, ranging from “Definitely a generic name” to “Definitely a brand name,” with “Not sure/Don’t know” as the middle option. In the NYU research team’s adaptation of the Jay Survey in this manner, half of respondents selected an option suggesting some uncertainty at points 3, 4 and 5 of the seven-point scale.

Method 3: Modifying the Main Teflon Question from a Binary Choice to a Sliding Scale from 0 to 100 In another modification, respondents were shown answer options on a sliding scale from 0 to 100, in which 0 represents “Definitely a brand name” and 100 represents “Definitely a generic name” with various intermediaries. While this method introduces potentially less meaningful cutoffs, the results of the NYU research team’s adaptation of the Jay Survey showed a similar pattern as in the prior methods, with almost half of respondents falling in the “middle” of the scale, or between points 15–85.

Although these three methods may vary — in terms of the usefulness of the information provided and their efficiency (i.e., condensing to a single question or asking a two-part question) — they demonstrate that conventional Teflon surveys may mask varying degrees of consumer uncertainty that could affect the study conclusions. Utilizing such an approach would enable greater clarity on the certainty of respondent beliefs and may help to answer the questions that the court raised in connection with the conclusions drawn from the Jay Survey.

A Different Question Could Make the Difference

This article uses the Snyder’s Lance, Inc. and Princeton-Vanguard, LLC v. Frito-Lay North America, Inc. , matter as an example to illustrate the potential improvements in the robustness of genericism surveys if consumer uncertainty is accounted for. Similar methods could be applied to other trademark questions, such as likelihood of confusion. Most importantly, the exploration of consumer uncertainty suggests that trademark litigation matters and surveys should perhaps ask a different question beyond simply what consumers believe — a more appropriate question and survey design would address whether a threshold proportion of consumers holds a particular belief at some threshold level of certainty. In some instances, a trademark survey that accounts for consumer uncertainty could yield different conclusions from one that offers no insight into how strongly a belief is held by consumers.

Joel Steckel is a Professor of Marketing and Vice Dean for Doctoral Education at New York University’s Stern School of Business. Professor Steckel’s primary research areas include marketing and branding strategy, marketing research, direct marketing, consumer response to marketing strategy, and management decision making. He has consulted, testified as an expert witness, and conducted modeling and analysis in numerous cases involving antitrust, damages assessment, trademarks, marketing and branding strategy, forecasting, and the statistical analyses of market response. He has also published numerous articles in peer-reviewed journals such as the Journal of Marketing Research, the Journal of Retailing, Marketing Science, Interfaces, and the Journal of Consumer Research.

Anne Cai is a Manager at Analysis Group, Inc. She specializes in applying consumer behavior and marketing research methods to litigation issues and strategic business problems, including false advertising, product liability, trademark infringement, patent infringement, and competition matters. She has assisted clients and supported leading marketing experts throughout the litigation process across a range of industries, including technology, consumer goods, telecommunications, and media and entertainment.

Helene Rowland is an Analyst at Analysis Group in the Surveys Experimental Studies and Antitrust Competition practices.

Warning Disclaimer: The pages, articles and comments on IPWatchdog.com do not constitute legal advice, nor do they create any attorney-client relationship. The articles published express the personal opinion and views of the author as of the time of publication and should not be attributed to the author’s employer, clients or the sponsors of IPWatchdog.com. Read more.

Chris Daniel 2 days ago
previous post next post
We use cookies to ensure that we give you the best experience on our website. If you continue to use this site we will assume that you are happy with it. Ok