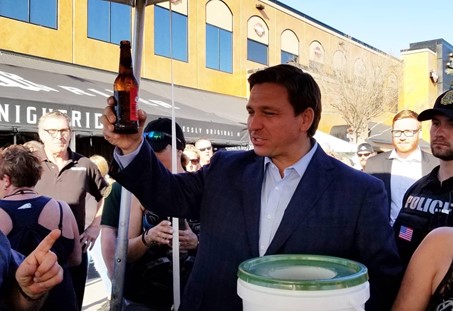 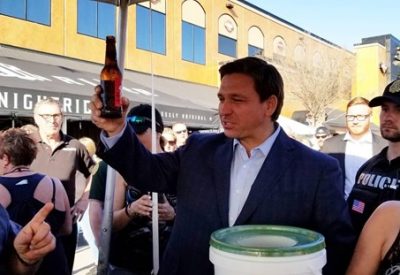 All Global Research articles can be read in 51 languages by activating the “Translate Website” drop down menu on the top banner of our home page (Desktop version).

Law schools should have courses on the expanding immunities of government and corporate officials from criminal prosecution and punishment. Guest lecturers, speaking from their experience, could be Donald J. Trump, George W. Bush (criminal destruction of Iraq), Florida Governor Ron DeSantis, Texas Governor Greg Abbott, the Sackler Family of opioid infamy, and the top officials at Boeing, led by its CEO Dennis Muilenburg, for the 346 homicides in their deadly 737 MAX aircraft.

They should all be charged in varying degrees with manslaughter. Note how the definition fits the facts on the ground:

“Reckless homicide is a crime in which the perpetrators were aware that their act (or failure to act when there is a legal duty to act) creates significant risk of death or grievous bodily harm in the victim, but ignores the risk and continues to act (or fail to act), and a human death results.”

War criminal George W. Bush violated the Constitution by invading Iraq without a Congressional declaration of war, lying about Iraq having weapons of mass destruction, killing over one million Iraqis, in addition to causing injuries, sicknesses, and devastation of critical public infrastructure. During this process of torture and mayhem, Bush violated federal statutes, international treaties, and returned to Texas immunized in fact, though not in law. He and former Vice President Dick Cheney could still be prosecuted.

New York lawyer and former homicide prosecutor in the Manhattan District Attorney’s Office, Robert C. Gottlieb, called for the prosecution of Trump over willful, disastrous actions and inactions concerning the Covid-19 pandemic, under the presidential duties to act, which led to many tens of thousands of preventable losses of life. Trump began dismissing the dangers of the fast multiplying virus as soon as it entered the U.S. from China.

Gottlieb gives examples of when the average citizen could not be able to escape criminal prosecution, citing the conviction of the owner (and two others) of a New York City residential and commercial building of homicide. Reckless drivers resulting in the deaths of innocents are often convicted of manslaughter and jailed.

Governor Ron DeSantis, confronting overwhelmed hospitals, and 25,000 new Covid-19 cases just in one day, still is brazenly advocating the maskless, crowd-together-if-you-choose-behavior of ‘live free and die.’ Somehow, he got through Harvard Law School uneducated to become a perilous promoter of opposing mask mandates in schools and hospitals, opposing required vaccinations for hospital workers (though he favors vaccinations generally), and is described politely by contagious disease specialists as being “in a state of denial.” Gritting his teeth, DeSantis, a fervent Trump supplicant, says again and again, “People are going to be free to choose to make their own decisions.” What? Free to infect others with a lethal disease? Does he not know of past public health campaigns against tuberculosis, smallpox, and the 1919 influenza epidemic?

Some Florida school districts, mandating masks to protect their children, have disregarded his ideological orders. Had DeSantis lost the last election, many more Floridians would be living today.

The headline in Wednesday’s New York Times tells the story: “Texas Hospitals Are Already Overloaded. Doctors Are ‘Frightened by What is Coming.’” The more contagious Delta variant has spread everywhere, to which Abbott replied, “We must rely on personal responsibility, not government mandates.” Has he spoken to the deadlier Delta variant lately about his delusions?

When it comes to the crimes of large corporations and their bosses, immunity or impunity is what they expect. When, once in a while, they’re caught in the act, the company pays the dollar penalties and the company’s rulers and backers get off with no “personal responsibility.”

In one of the biggest corporate marketing/promotional crimes – over 500,000 opioid deaths so far and accelerating, the Sackler’s company, Purdue Pharma, escaped into bankruptcy while the Sacklers escaped any criminal prosecution. As a part of the Purdue Pharma bankruptcy the Sacklers negotiated for personal immunity from further civil suits, and the wrongdoers only had to fork over $4.5 billion, (spread out over years no less!) of their immense fortune. Purdue Pharma pleaded guilty to three felony charges in 2020, but under the settlement with the Justice Department, the Sacklers agreed to pay $225 million but made no admissions of wrongdoing. I once recall a person stealing a donkey in Colorado going to jail for 15 years.

Then there are the criminal Boeing bosses who committed the manslaughter of 346 passengers and crew members in Indonesia and Ethiopia. Boeing’s stealth cockpit software, not provided to the pilots, the airlines, and deceptively conveyed to the FAA, took away control of the two ascending 737 MAX planes from the pilots and drove the aircraft into the sea and ground in 2018 and 2019.

The Trump Justice Department sweetheart-settled a criminal case against Boeing, with the prosecutor subsequently quitting and joining Kirkland Ellis, the law firm for Boeing. There was no trial or jail for any Boeing bosses, just a modest $2.5 billion exaction, mostly going to the airlines and the government with the rest to the grieving families. The civil tort suits will come under Boeing’s insurance with the rest being mostly deductible against the few federal income taxes Boeing pays.

Next time you hear any prominent person announce that “Nobody is above the law,” you can ask: “Really, with all the corporate and government lawbreaking we read about, tell us just how many of these big-time crooks are in orange suits serving time?”

From Common Dreams: Our work is licensed under Creative Commons (CC BY-NC-ND 3.0). Feel free to republish and share widely.

Ralph Nader  is a consumer advocate and the author of “The Seventeen Solutions: Bold Ideas for Our American Future” (2012). His new book is, “Wrecking America: How Trump’s Lies and Lawbreaking Betray All” (2020, co-authored with Mark Green).

Source: https://www.globalresearch.ca/nobody-above-law-except-biggest-corporate-goverment-criminals/5753120
Chris Daniel 3 weeks ago
previous post next post
We use cookies to ensure that we give you the best experience on our website. If you continue to use this site we will assume that you are happy with it. Ok