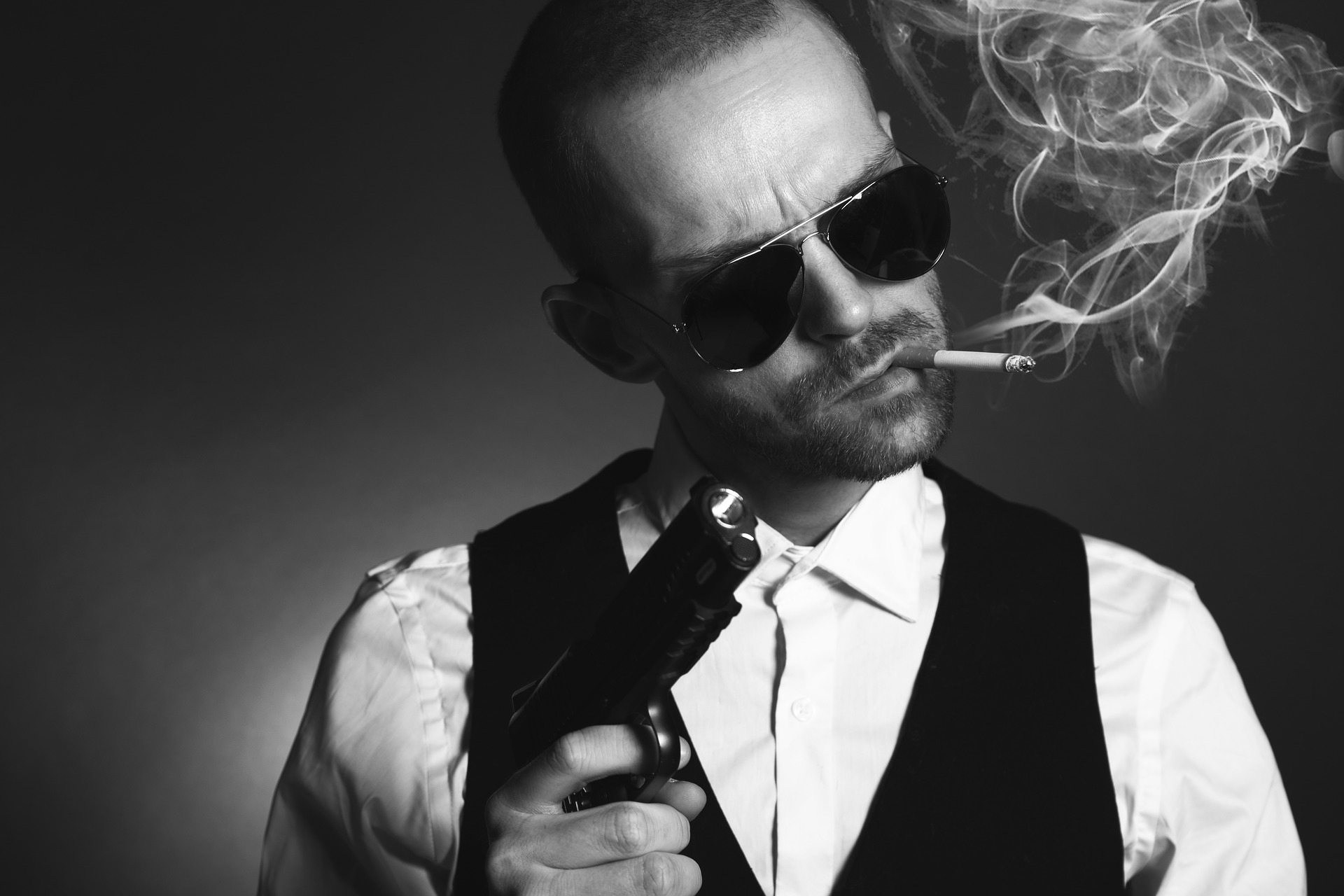 In 2009 the EU embarked on a roadmap for strengthening procedural rights of suspects and accused persons in criminal proceedings. An instrument of this kind had been attempted before but was too ambitious – not least as the UK blocked it. But Sweden was determined as part of its six-month EU Presidency to get a step-by-step approach agreed. The safeguards were seen as an important response to the mutual recognition project that produced the European arrest warrant, investigation order, supervision order, instrument on transfer of prisoners and various others. The UK in fact concluded that these were necessary law enforcement measures in 2014 when it exercised the Protocol 36 to the Lisbon Treaty option to depart from police and judicial cooperation in criminal matters, and then opted back into 35.

The safeguards were an attempt to raise minimum defence rights across the EU members states, so that concerns about the bare, mutual recognition of trial processes in other members states could be addressed. These arguments are well known in the UK: how can we return people to Poland for prosecution of such minor misdemeanours as dessert theft? Should we be returning people to Lithuania given the dreadful prison conditions?

Every mutual recognition instrument already came with grounds of refusal that the executing state could raise to resist a request for cooperation – for example, political reasons, double jeopardy, age of criminal responsibility, dual criminality (excluding 32 offences controversially deemed universally recognised), passage of time, territoriality.  Proportionality was added into subsequent instruments in recognition of the clear overuse of the EAW. Indeed, the UK unilaterally amended the Extradition Act to provide this in domestic law.

Compliance with fundamental human rights is also set out in each instrument (but took until CJEU confirmation in 2016 that this could actually be a refusal ground). The directives on minimum standards became tools to support the interpretation of fundamental rights – both in terms of the substantive arguments to refuse a judicial cooperation request based on the situation in the issuing state and the process of challenge in the executing state. There are six now agreed, (although the UK only opted into the first two in accordance with Protocol 21 to the Lisbon Treaty) on the rights to interpretation and translation; the right to information; the right of access to a lawyer (and notification of arrest); the presumption of innocence and presence at trial or hearing; rights for children; and legal aid.

It is still early days on the development of these instruments as defence tools. It also remains a problem that for many people across the EU, defending a European arrest warrant is a monumental task, never mind the other instruments that have been used less frequently. There are few experienced lawyers taking legal aid cases, the court process is perfunctory and raising arguments about problems in the issuing state that might arise comes across as largely hypothetical. The EU Fundamental Rights Agencyhas recently catalogued the persisting problems for individuals attempting to access these rights in domestic and EAW proceedings.

However, some cases have challenged the application of these standards in practice at the EU level and started to shape how rights can drive the development of mutual recognition. For example, the CJEU held last year in Case C-659/18 VW  on a point of Spanish procedural practice:

44     As regards the objectives of Directive 2013/48, it is apparent from recitals 4 and 6 of that directive that the directive seeks, inter alia, to implement the principle of mutual recognition of decisions in criminal matters, which presupposes that Member States trust in each other’s criminal justice systems. The aims of that directive include the promotion of the right to be advised, defended and represented laid down in the second paragraph of Article 47 of the Charter and of the rights of the defence guaranteed by Article 48(2) of the Charter…

45      To interpret Article 3 of Directive 2013/48 as allowing Member States to provide for derogations from the right of access to a lawyer other than those which are exhaustively set out in that article would run counter to those objectives and the scheme of that directive and to the very wording of that provision and, as the Advocate General observed in point 51 of his Opinion, would render that right redundant.

Furthermore, in exploring the meaning of judicial authority in Sweden as the issuing state of an EAW, the Court in 2019 in Case C‑625/19 PPU XD  underlined that an effective judicial process to assess the proportionality of the arrest warrant, includes the executing state authorities informing the requested person of their right to appoint a lawyer in the issuing state, in accordance with Article 10 of Directive 2013/48/EU.

This interesting and developing area of common minimum standards no longer applies to the UK. However, people will continue to cross borders, despite our exit from the EU and despite the global Coronavirus pandemic. Title VII of Part 3 of the Trade And Cooperation Agreement (TCA) introduced a new surrender arrangement with the EU at the end of December 2020. There are many commentaries on the limited amendments this makes in practice to the Framework Decision on the European Arrest Warrant, and there are notable additions, such as a proportionality check in the executing state, nationality bar and right to legal assistance in both countries.

In terms of the 34 other judicial cooperation measures we were utilising, Part III now provides for cooperation with Europol and Eurojust, on operational information and on mutual assistance. Cooperation on the former instruments is limited by data protection and national law provisions. Mutual assistance requires that a request is necessary and proportionate, taking into account the rights of the defence and that the measure could have been ordered in a similar domestic case. The grounds of refusal set out in the European Mutual Assistance Convention are also deemed to apply as is the principle against double jeopardy. That all sounds well and good.

However, while Article 524 TCA preserves the obligation to respect “fundamental rights and legal principles as reflected, in particular, in the European Convention on Human Rights and, in the case of the Union and its Member States, in the Charter of Fundamental Rights of the European Union”, there is no express mention of the EU procedural rights measures in this Part. Article 693 provides that one party may suspend the Part or any Titles in the event of serious and systemic deficiencies in the protection of fundamental rights within another Party. Withdrawal from the ECHR would also lead to termination of the Part. There is no role for the CJEU in this process, rather Title XIII establishes the Specialised Committee on Law Enforcement and Judicial Cooperation to address inter-state dispute settlement.

More critically, save for Title VII on Surrender, there is no express recourse to judicial authorities for challenge to any request made under Part III. Article 5 clarifies that the Agreement does not confer enforceable rights or impose obligations on persons other than as between the Parties under public international law, nor for the Agreement to be invoked in domestic legal systems. There is an exception for Part Three, but only with regard to the Union. This suggests, as the House of Lords EU Committee has concluded, that the rights indicated are only available to individuals in the EU resisting a UK request, and not for those in the UK seeking to challenge a request made by an EU Member State. An alternative interpretation is that the rights expressly stated in Title VII must be intended to enable equality of arms in the consideration of a surrender request. However, no additional rights may be relied upon, such as the procedural rights directives.

What does this now mean for individual challenge to requests from EU member states to UK authorities? The starting point is the retained EU law, which will remain in place until amended, pursuant to the EU (Withdrawal) Act 2018. The Extradition Act still applies and is the instrument being followed by the UK courts.

By way of example, on 10th August the High Court gave judgment in a permission application on a conviction warrant request,  Burghelea v Bucharest Tribunal Romania  [2021] EWHC 2261 (Admin). Amongst other grounds was the argument that domestic proceedings took place in the absence of the accused. Permission was granted on this ground. However, it is interesting to note that Directive 2016/343/EU applies in Romania and sets out in Articles 8 and 9 respectively the right to be present at trial and the right to a new trial following proceedings in absence. The Directive was not referenced. It may be that this was no longer considered a possible argument to raise under the TCA, or it may be that the Roadmap rights remain unfamiliar in UK proceedings. Yet, it may have provided helpful additional assistance to the section 20 EA test for consideration of convictions in absence, which takes into account domestic legal provisions.

The Criminal Justice and Data Protection (Protocol No. 36) Regulations 2014/3141 which gave effect to the other measures of cooperation was repealed in December 2020. As such, the TCA now governs all cooperation requests and confers no rights of challenge. Even if domestic proceedings, by reference to the obligation to ensure a fair hearing pursuant to Article 6 ECHR in conjunction with section 6 Human Rights Act, could be pleaded as requiring the scrutiny and challenge of these cross-border requests, what obligation will the issuing state have to cooperate with that process? Ultimately, these are inter-parties’ treaty provisions, a distinctly different arena to the detailed and specific directives setting out EU law that have governed cooperation in this area for over 10 years. It is not clear through what mechanism rights-based challenges can continue to be raised outside of the Extradition Act process where a mutual assistance or other kind of cooperation is sought. It is also not clear whether rights-based arguments can rely upon minimum procedural rights directives within the surrender context or whether the developing acquis and CJEU case law can be drawn upon to assist. Nevertheless, far from assuming all is lost, these uncertainties raise interesting opportunities for cross-border criminal practitioners to explore.

Jodie Blackstock is JUSTICE’s Legal Director and a barrister.