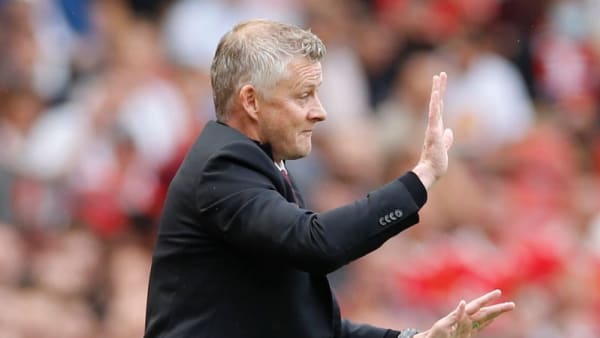 We are family' - Solskjaer supports Law after dementia diagnosis

Manchester United manager Ole Gunnar Solskjaer offered support to club great Denis Law, saying the club will try to take care of him as "his family" after the 81-year-old said he has been diagnosed with Alzheimer's and vascular dementia.

Former Scotland international Law revealed his condition in a statement on Thursday, describing the disease as "incredibly challenging".

Law, who won the Ballon d'Or in 1964, is third on United's all-time list of scorers with 237 goals in 404 matches, behind Bobby Charlton and Wayne Rooney.

The announcement "caught me by surprise and it's a sad situation, of course," said Solskjaer, who spoke to Law at last weekend's win against Leeds United at Old Trafford.

"But we know his family will look after him. We are his family as well and he's going to come to games.

"I know there's been research done about this terrible disease and hopefully we won't see too many situations like this in the coming years."

Law's diagnosis comes after his ex-United team mate Charlton was also diagnosed with the condition in November last year.

(Reporting by Manasi Pathak in Bengaluru; Editing by William Mallard)

Source: https://www.channelnewsasia.com/sport/we-are-family-solskjaer-supports-law-after-dementia-diagnosis-2128011
Chris Daniel 3 weeks ago
previous post next post
We use cookies to ensure that we give you the best experience on our website. If you continue to use this site we will assume that you are happy with it. Ok